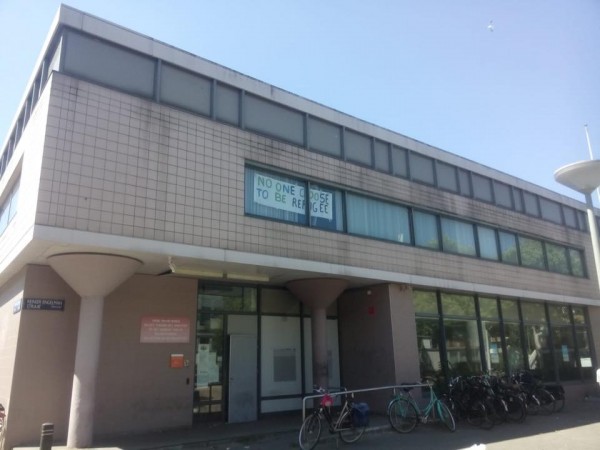 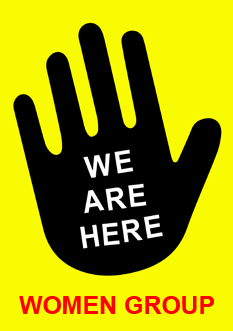 7 july 2018, Amsterdam – Refugee collective we are here, who previously stayed in a squat in Amstelveen, took the unoccupied building on the Entrada 600 in Amsterdam-Duivendrecht.

the offices space was empty and unused. unfortunately, we are forced to get shelter in thi way, because otherwise we have to roam the streets. the BBB is overcrowded and has a waiting list and in the havanstraat only preople with a Dublin claim are welcame.

In adidtion,the havanstraat is a former prison and that can be felt in the daily controls we must endure. rencently one of our members was arrested because he asked for food because of this diabetes and this was refused. We do not feel safe in such an environment and ask for 24/7 shelter.

There are municipal plans to realize this 24/7 for undocumented people, but that will certainly take until end of the year before it is realised. we would love work and renta hous ourselves.

We intend to live here quietly and build a good relationship with the neighborhood and offices around us. We would like to meet fellow residents who are always welcome to come and have a cup.of coffee with us.

Some background information about us:
In September 2012 we started a tent camp on the notweg, because we did not know where to go. Although our asylum application has been rejected and therfore we are not allowed to stay in the nederland,we cannot return to our country of origin, or to onather country.

Because for that you also need documents that we do not have,we want pull attention to our situation because the asylum policy in the nederlands is deeply flawed and makes us desperate.we have literally no place to go.many of us are working hard on a renewed asylum application.

We know that this is paying off, because more than 100 people of our colletive have new received a residved aresid certainly permit.this shows that our struggle is meaningful and we ask the government and the city of Amsterdam to give us,the people on the street,the space to work on our asylum procedures in humane way.

After the notweg we continued our struggle and we have lived in various building such as the vluchtkerk,the vluchtgarage etc.also from this new location we continue to try to remain visible and to fight for our human rights.the( we are here) group mow consists of several smaller groups because living together in a small group is easier.we will live here with a group of man from countries such as sudan and west African countries